We increase productivity and efficiency of operations, enable new capabilities and operations in the field, and minimize human exposure to hazardous situations by integrating robotic and automated technical solutions.

Our robotics and automation solutions support a wide range of applications and industries.

Our expertise and extensive experience have established the group’s position as a principal provider of mechanical, electronic, and software support for robotic projects at NASA’s Johnson Space Center in Houston.

The Terabot family of robotic arms includes a range of multi-degrees-of-freedom (DOF), all-electric manipulators. These robotic systems augment the ability of the operators to work in hazardous environments by limiting or eliminating direct human interaction with dangerous items or situations.

The newest addition to the range offers an excellent payload-to-weight ratio and is platform independent, enabling the fitting of the manipulator to virtually any unmanned ground vehicle (UGV). The robotic arm features an optional spatially correspondent (SC) master user interface for incredibly intuitive control—enabling the operator to focus on the task, not the robot.

Many systems operating in harsh environments, from satellites in space to offshore oil and gas platforms, were designed to be serviced by human technicians. Anthropomorphic robots mimic human physiology and use tools to perform safe and complex operations in harsh—and sometimes dangerous—environments.

Oceaneering continues to play a pivotal role in the development of humanoid robotic technology.

The Robonaut 2 (R2) pushes the boundaries of robotic technology. Designed through a collaboration with NASA and General Motors, it is faster, more dexterous, and more technologically advanced than many currently available humanoid robots. Oceaneering provided critical engineering support for R2 development and evaluation of its ability to operate on the International Space Station (ISS).

Robonaut 2 works alongside astronauts on board the ISS and is designed to perform tasks previously completed by human space explorers. In-flight testing of R2 is used to determine which tasks are best assigned to robots in order to increase the productivity of astronaut crews. R2 performs periodic tasks such as routine cleaning and system status checks, thus freeing human crew members to perform complex, scientific tasks.

Oceaneering, under contract with the Alpha Space Test & Research Alliance, is developing an innovative system for conducting External Space Exposure Experiments: the Materials International Space Station Experiment-Flight Facility (MISSE-FF).  The MISSE-FF is the latest in the series of external exposure experiments.

The MISSE-FF, a commercially available materials research facility at the ISS, offers unprecedented access to space to support cost-efficient and unparalleled science and technology development.

A variety of industries can benefit from testing on the MISSE-FF.

Oceaneering is working with Alpha Space in the development and manufacturing of the MISSE-FF Core Structure and Sample Carriers. We are also involved in ISS robotic system compatibility testing. 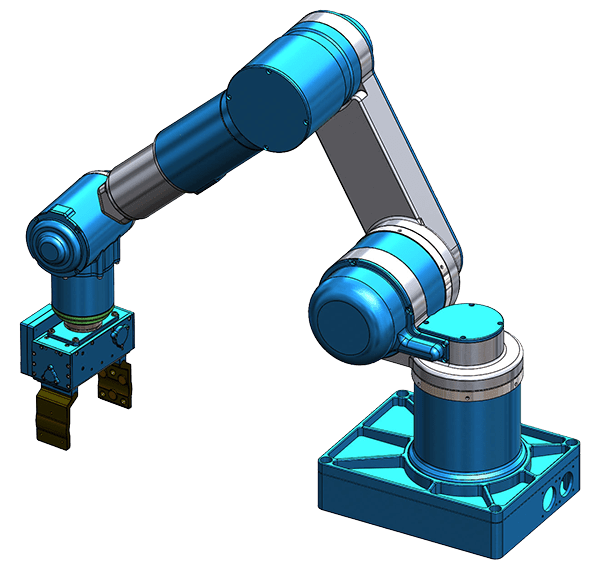 In-Space 3D Printing with Made in Space Archinaut Robotic Arm

Everything currently operating in space was built on Earth. Any payload was first and foremost designed to survive launch, then packed super efficiently for the trip before deployment into a desired orbit. What if, instead, spacecraft were optimized to operate in space rather than being designed only for escaping Earth’s gravity?

A new innovative technology, Archinaut, will soon change this paradigm, rethinking how spacecraft are built and used in space. Archinaut supports in-space additive manufacturing and assembly of large space-optimized structures.

We are partnering with Made In Space to develop the technology, providing a robust, highly capable autonomous robotics system. Combining additive manufacturing and assembly with robotics in space enables several new capabilities, including the ability to perform repair and upgrade missions on orbit.

As a member of the Made In Space Archinaut team, we are developing a prototype robotic arm that will maneuver the print head for a 3D printing demonstrator on the ISS.

Our robotic system includes a robotic manipulator, gripper with six-axis force/torque sensor, and a control module. The six-degrees-of-freedom, 36-in-reach robotic manipulator and gripper are capable of various movements and tasks.

A fully functional arm with gripper and controller electronics is anticipated to be developed for use in thermal/vacuum chamber testing in late 2017. This is a key step in developing and deploying a flight demonstration unit for use on the ISS. We are also developing a dedicated controller and firmware to provide control of all manipulator functions and an operator graphical user interface for test and development of the manipulator system.

Eliminating the physical handling of samples

We have worked closely with crystallographers to ensure that the ACTOR system’s crystal placement system (CPS) is compatible with typical techniques and tools. Engaged design resulted in a system that supports universities, industry, and government labs with an integrated solution that enables drug discovery, improves production-line quality, and supports exploration of new frontiers in science.